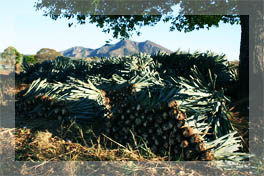 Today the blue agave fields, with their so characteristic appearance, occupy a great central strip of Jalisco’s landscape. The industry, directly or indirectly, involves some 300,000 people, all of them proud to participate in the making of a product so deeply ingrained in the life of Western Mexico, and pleased to offer this absolutely Mexican drink to the rest of the world. 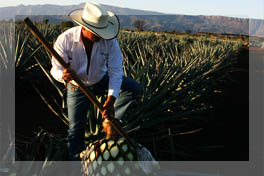 2. It may take ten years approximately for the plant to reach its peak ripeness. After this term the plant is capable of providing the best honeys and is ready for the jima. 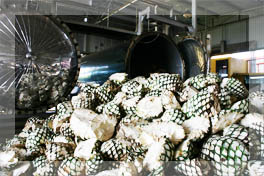 3. The “Jima” consists in cutting off the leaves of the plant down to its base, to keep only the head or heart of agave.

Baking is done by water steam pressure, either in traditional masonry ovens or autoclaves. Baking time in masonry furnace is 48 hours while 12 hours in autoclave. The purpose of this stage is to convert inulin (agave sugar) into sugars such as fructose and sucrose, which are readily fermentable.
At the end of cooking, the baked agave is transported to mills where it is cut into a few inches pieces. 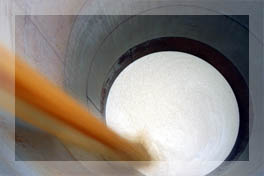 5. Extraction of honeys and pulp after the agave heads were shredded. Water pressure is applied on baked agave heads after these were mashed to extract the sweetness and then squeeze in conveyor belts. The honeys are then separated to continue the manufacturing process, while the pulp is discarded.

The honeys extracted from baked agave heads are captured in tanks. They are then transported by pipeline to the tubs of formulation for Tequila production or for 100% agave Tequila fermentation, as the case may be. 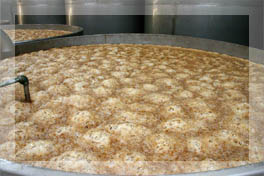 6. Formulation consists of mixing the 51% agave sweetness minimum, with a preparation of no more than 49% percent of other honeys, (standard sugar, brown sugar, glucose, fructose, molasses, etc.) and then these are fermented. 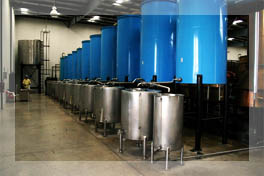 7. Fermentation is one of the most important stages of the process. In this stage the sugars are transformed into ethyl alcohol and others in smaller proportions. Fermentation is performed in big stainless steel containers and honeys, also known as must, are added. Then water, yeasts and nutrients for fermentation are added. 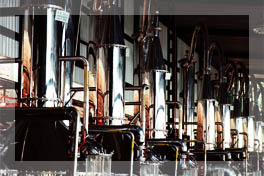 Fermentation time varies depending on environmental temperature and this, in turn, changes with each season. Under low winter temperatures, fermentation can be prolonged more than 24 hours. This process has a pattern similar to any organism development curve, representing firstly an exponential growth, then a second lineal phase and a late-stage decrease. Any product fermentation implies alcohol, carbon dioxide, water and energy released as heat. Must in plain fermentation is effervescent and motion ceases when yeast cells finish work. At that time the process ends and it is customary to say that must is dead; yeast has completed the sugar conversion into alcohol.